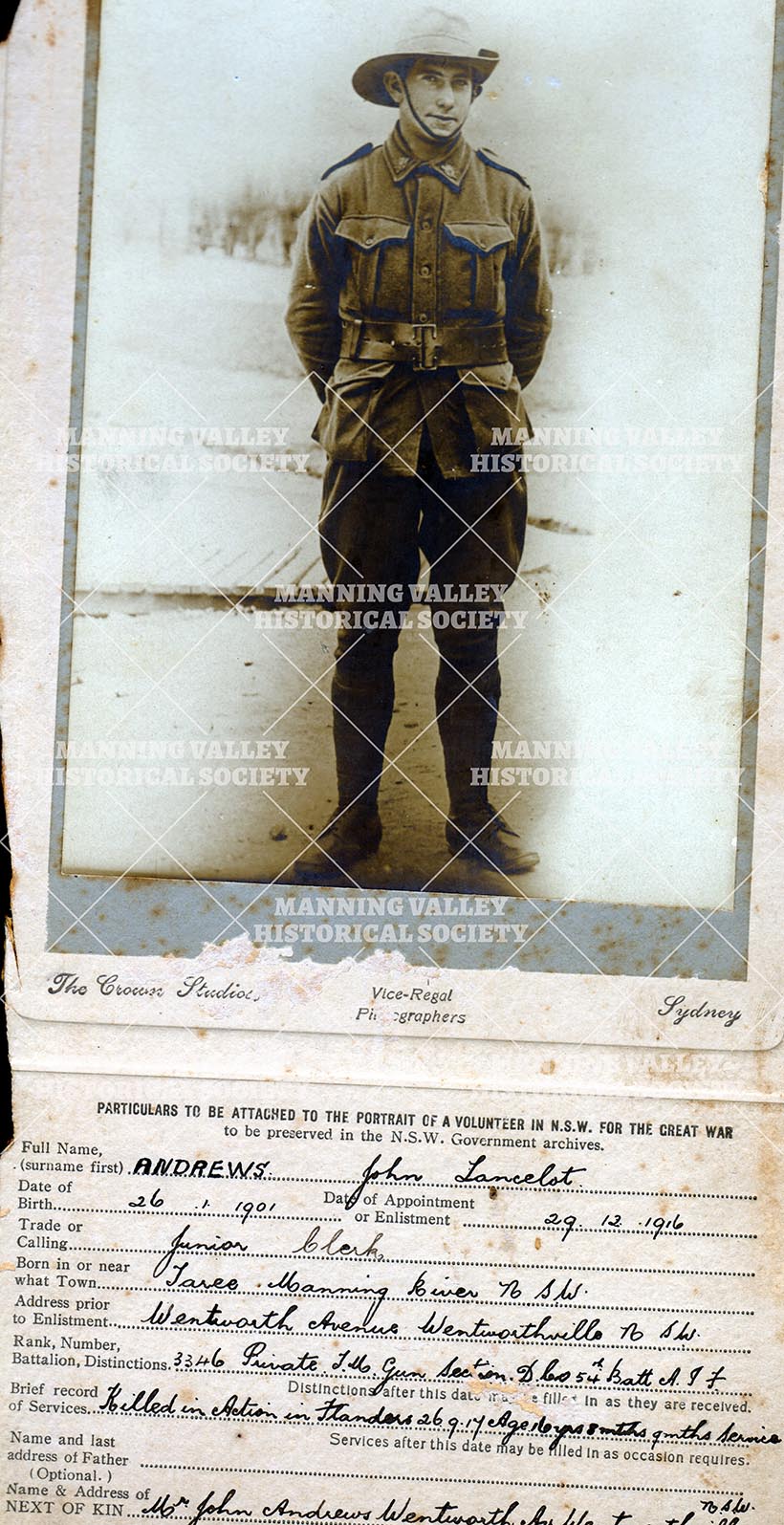 John ‘Jack’ Andrews was born, 26.1.1901 at Charity Creek, near Wingham, NSW. At aged 15 Jack was working as a clerk in Sydney and joined the Australian Army at Victoria Barracks on 29th December 1916. He gave his age as 19 and forged a letter from his mother giving him permission to join. He was in the Lewis Gun section at Ypres front, in the first line . He was killed in a trench when a shell burst, 26th September 1917, Polygon Wood, Flanders.